#TeamVera (Vera + Emily Yates, Creative Director) just returned to the Peach State after a few whirlwind few days on the West Coast. Vera was invited to be a guest on the Hallmark Channel’s Home and Family show a little over a month ago, so we immediately got to work choosing the right recipe, booking flights, finding an Airbnb, and scoping out all the tourist attractions we wanted to hit while we were in town. Last Wednesday morning, Vera and I hopped a plane at Augusta Regional Airport for a 7:00 AM flight to Atlanta and on to LAX. 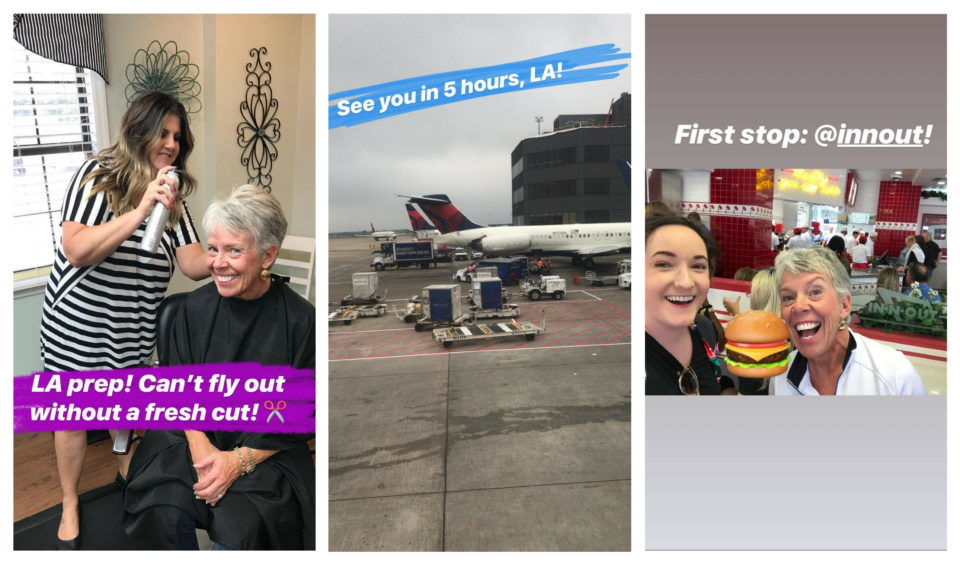 We landed and immediately headed to the Taj Mahal of fast food, In-N-Out Burger (of course). Known burger lover Vera was skeptical of all the hype, but as soon as we sat down to eat, she understood. One classic cheeseburger and an order of well-done fries later, we were fueled up and ready to take on LA!

Our taping wasn’t until the following morning, so we had the evening to explore and see the sights. Our first stop was Griffith Observatory, which boasts some of the city’s best views. You may have seen it in any number of movies, including La La Land, which I was primed and ready to watch on the plane ride over until I saw that Delta didn’t have it as an option. The below picture of Griffith Observatory isn’t mine, because although we arrived around 2:00 PM Tuesday afternoon, the place was packed. Uninterested in a mile hike from the parking lot, we kept driving.

After checking in and setting our bags down in our extremely well-placed Airbnb, we headed out for more sightseeing. In the span of 5 minutes, we were in the thick Hollywood Boulevard–as in the Walk of Fame, the Chinese Theater, and dudes shoving their CD into my hand while I bump into an offbrand Batman.

Our first tourist stop was Madame Tussauds Wax Museum, where we took too many silly pictures with our favorite celebrities. Tuesday night was topped off with lasagna from Miceli’s and ice cream. Don’t judge us–we were carbing up for a big day on Wednesday.

Wednesday morning found us at Gate 4 of the Universal Lot, then on James Stewart Ave., then a left turn on Steven Spielberg Dr., a quick drive through an Old West town, past the set of the Good Place, one more left, and then at the Home and Family house! Suddenly, we were all Hollywood. They showed us to Vera’s trailer and I quickly found the craft services table (luxury!).

We were delighted to learn in the run-through that NBA star turned movie star Rick Fox was the co-host and Dionne Warwick (“What the World Needs Now is Love”) was a special guest. No pressure! Not to worry, though. The cameras rolled and Vera was a natural. If she was anywhere near as nervous as I was, I don’t know how she did it. As soon as her segment was over, we snapped a picture with the hosts and were whisked off, D-listers once more. 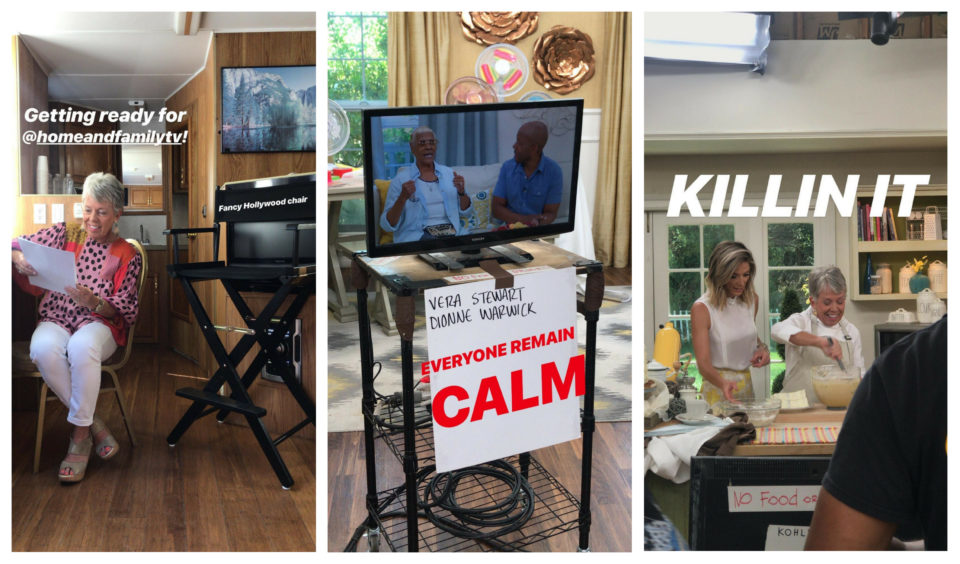 We were finished sooner than we thought, so we fit another popular LA spot into the itinerary–the LA Farmers Market! If we hadn’t eaten the catered lunch of sushi on set, we would have loved to stop at one of the Farmers Market’s many unique food booths (ok, I did have ice cream again, without the excuse of carbing up). As we were right next door to CBS, we saw many market patrons with name tags from the Price is Right, which isn’t something you see walking around the August Market.

The rest of the afternoon was spent on an oversized golf cart riding around Paramount Pictures! Truly, that two-hour tour was one of our favorite parts of the trip. Our amazing tour guide, Erin, showed us so many cool behind-the-scenes features of the property and clips of TV and film that were filmed there. I sat on the actual bench from Forrest Gump and saw the soundstage where Frasier was filmed (probably a much bigger deal to me than to you).

I had the pleasure of introducing Vera to a good friend from college who joined us for dinner. In true LA fashion, the restaurant where I had made reservations was closed the entire week for filming. We lucked out with Wood & Vine right next door, where we enjoyed shrimp pasta, lamb burgers, and maybe the best Brussels sprouts I’ve ever eaten. 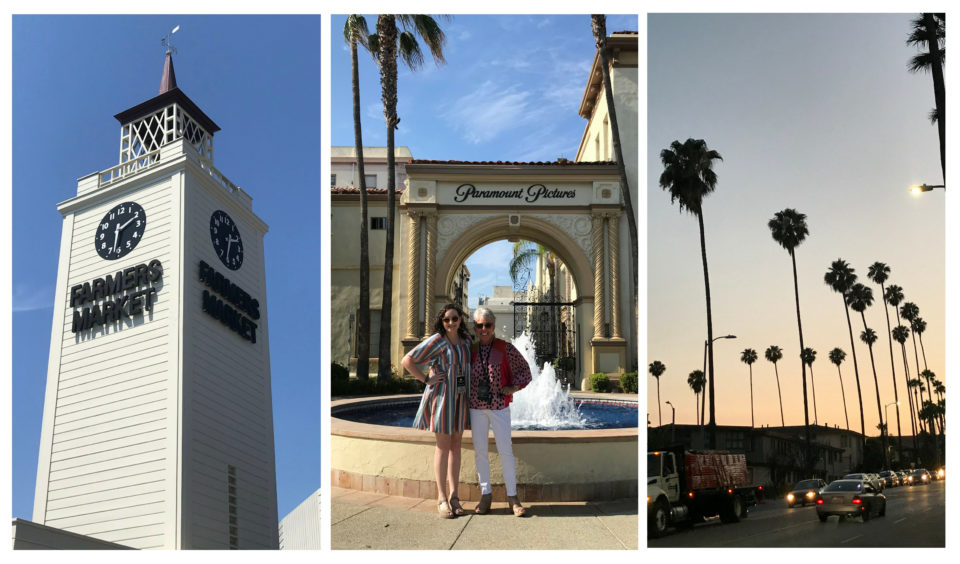 Thank you Los Angeles for a great few days! These Georgia girls felt right at home among the palm trees and bright lights.

If you haven’t had a chance to watch Vera’s appearance on Home and Family, click here!